Over the two days, alleged unlicensed contractors showed-up to give bids for jobs including tree removal, interior painting, deck construction, concrete, and fencing. Bids ranged from $600 to $9,000, well over the legal limit for contracting without a license. In California, it's illegal for an unlicensed person to bid for or perform any home improvement work valued at $500 or more in combined labor and material costs (Business and Professions Code (BPC) §7028). First-conviction penalties include up to six months in jail and/or up to $5,000 in fines. CSLB is referring all 12 cases to the Shasta County D.A.'s Office.

Among these cases, one contractor was allegedly using a revoked license number. That person faces a possible penalty for fraudulent use of an incorrect license number (Business and Professions Code (BPC § 7027.3). Those interested in getting a contractor license are encouraged to attend one of our licensing workshops. 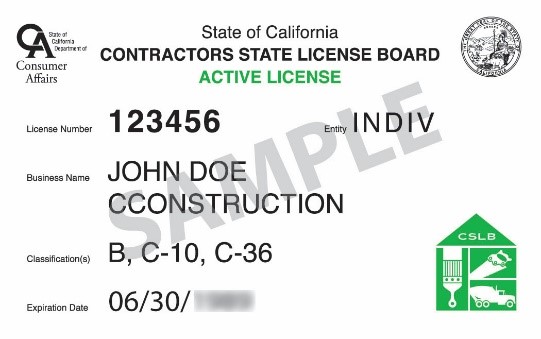 Other tips to consider:

The Contractors State License Board operates under the umbrella of the California Department of Consumer Affairs. CSLB licenses and regulates almost 290,000 contractors in California and is regarded as one of the leading consumer protection agencies in the United States. In fiscal year 2018-2019, CSLB helped recover over $49 million in ordered restitution for consumers.