Nineteen suspects were issued a notice to appear in court for contracting without a proper license, illegal advertising, and using the license of another 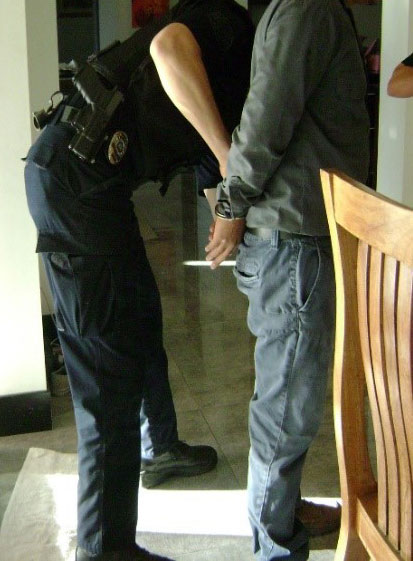 SACRAMENTO – Last week, the Contractors State License Board (CSLB) cited unlicensed individuals who placed bids as high as $35,800 for residential contracting work. Consumers looking to make upgrades to their property should take this as a warning and not mistake a high price tag for quality work.

SWIFT developed a list of potential suspects by sifting through online and print advertisements. Once investigator identified their suspects, they went undercover as homeowners and invited the alleged unlicensed contractors to a single-family home near Peters Canyon Regional Park to bid on contracting jobs.

Out of those contacted, nineteen offered their services for prices ranging from $4,500 to build a brick wall to $12,470 to install synthetic grass, and as high as $35,800 to pave the driveway – all over the legal threshold for contracting without a license.

In California, a contractor license is required for construction projects valued over $500 for labor and materials combined. All suspects could be charged with a misdemeanor count of contracting without a license (Business and Professions Code (BPC) Section 7028). The penalty for a first-conviction includes up to six months in jail and/or up to $5,000 in fines.

"Just because someone is asking for thousands of dollars to do the work doesn't mean they have the skills, insurance, or know the trade well enough to get the job done right," said CSLB Registrar David Fogt. "It's important that homeowners get at least three bids and make sure that the person they hire is legitimately licensed."

Consumers can also use the new online, "Find My Licensed Contractor" feature to download and/or print a list of qualified licensed contractors in their area. CSLB would also like to encourage consumers who are looking to hire a contractor use our online "Check a License" feature to make certain the person is licensed and in good standing.

All nineteen suspects may also face an additional misdemeanor charge for illegal advertising (BPC § 7027.1). Unlicensed contractors can only advertise if the ad states that they are not a state-licensed contractor, and the type of jobs advertised for are worth less than $500.

Additionally, one suspect who is a registered salesperson through CSLB could face a third charge for using someone else's licensee number (BPC § 119c).

NOTE: All suspects are presumed innocent until their case is resolved.

CSLB conducts an average of one sting each week around the state each week to protect consumers, help level the playing field for legitimate contractors, and to curb the underground economy. Visit CSLB's website for more tips on how to hire a licensed contractor.

The Contractors State License Board operates under the umbrella of the California Department of Consumer Affairs. CSLB licenses and regulates almost 290,000 contractors in California and is regarded as one of the leading consumer protection agencies in the United States. In fiscal year 2017-18, CSLB helped recover more than $50 million in ordered restitution for consumers.