Complaints involving a threat to public health and safety receive the highest priority. If CSLB is unable to settle your complaint, you may be referred to alternative dispute resolution resources.

CSLB also prioritizes complaints based on:

Every written complaint is reviewed to determine if it falls within CSLB's jurisdiction. CSLB sends written confirmation that your complaint has been received. A notice also is sent to the contractor to encourage resolution of the complaint without further intervention by CSLB.

NOTE: While CSLB makes every attempt to get restitution for consumers financially harmed by a licensed contractor, we cannot guarantee that you will get any money back.

If your complaint is not resolved at this point, CSLB may ask you to provide additional information and/or documentation.  If mediation is appropriate, CSLB will contact you and the contractor and attempt to mediate the dispute.

Due to current budget and staffing limits, if mediation attempts are not successful, the contractor does not have a history of repeated acts, and the estimated financial injury is less than $10,000, CSLB may provide you with information about how to pursue financial compensation through small claims court and through the contractor’s license bond. You can find additional information at www.courts.ca.gov. Just click on “Self Help” or check with the clerk of your local small claims court for more about filing an action. A Consumer Guide to Filing a Small Claims Court Construction Claim brochure which will assist you with the process.

A contractor has an obligation not to commit any violation of contractor license law that is grounds for disciplinary action against the license. If the contractor does not comply with the conditions of the bond, a claim can be filed with the surety company.

Claims against a surety company may be filed by homeowners, any person damaged by a willful and deliberate violation of a construction contract, employees damaged by the contractor's failure to pay wages, or an express fund damaged as a result of the contractor's failure to pay fringe benefits for eligible employees. (A court case has held the express trust fund provision superseded by federal law.)

Complaints must meet stringent criteria to qualify for referral to a CSLB arbitration program. CSLB staff will determine whether the dispute meets these criteria. To review these programs see  the Mandatory Arbitration and Voluntary Arbitration guides or you can order copies by calling 800.321.CSLB (2752).

Violations of the law by a licensed contractor may result in a citation or charges against the contractor that could lead to suspension or revocation of the contractor's license. Citations may contain civil penalties of up to $5,000 and/or orders of correction requiring the contractor to make repairs to your project or pay you to hire others to do so. (If a disciplinary action is undertaken, the state Office of the Attorney General represents CSLB to prosecute the case. The Attorney General is not counsel for the complainant, but counsel for CSLB.) 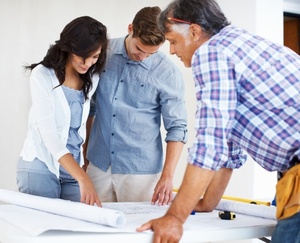